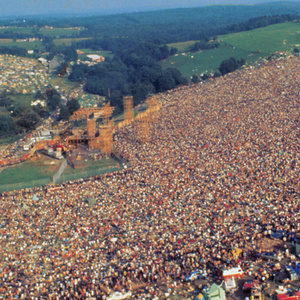 By the Time We Got to Woodstock

This week, we take a trip back to the 1969 Aquarian Exposition, aka, the Woodstock Music and Arts Fair, held in Bethel, NY. Through three days of rain, mud, bad trips, no food, traffic jams, and more mud, nearly a half million young people from all over the US made their way to this legendary festival. One such person was Jeff’s father-in-law, Larry, who hitched his way from New York City on Saturday morning, arriving just in time for the day’s music. In this episode, we learn all about Larry’s experience and memory of this incredible event in a special ‘setbreak’ interview. Since this is a Widespread Panic podcast, though, we chose Panic’s versions of nine songs that were performed at the festival. From Joe Cocker and the Paul Butterfield Blues Band to Creedence and The Band, we got it all. Enjoy!

Links below go to the tracks from Relisten (just this one time, we promise!).

31 December 2016 - Nashville, TN - Bridgestone Arena
With a Little Help From My Friends (w/ The McCrary Sisters, Randall Bramblett, and the Megablasters)