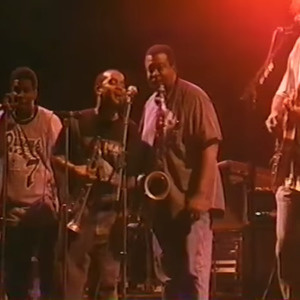 On the Road with Harvey, Jeff, and the DDBB

For all your first times or long times out there, we have a landmark first in this episode of the Bluest Tape. Whilst driving up I-75 to the Tedeschi Trucks Band in Cincinnati, Jeff and Harvey actually recorded an episode in the SAME place at the SAME time, this time, in Jeff’s Honda Pilot! Harvey does most of the nuts and bolts this time around so Jeff could keep his eyes on the road, but the discussion goes back and forth about the Summer 1999 tour with the Dirty Dozen Brass Band, Red Rocks 2019, the 4848 Festival, Bobby Womack, the Pontiac Silverdome, and how we still don’t like “Christmas Katie.” The content this week takes us back 20 years (stunning!) to the glory days of the Panic + DDBB collaboration. Some great, non-Another Joyous Occasion live Panic included inside - enjoy!