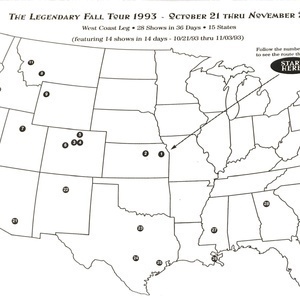 We've been away for a few weeks (we wanted to give everyone a chance to get caught up on back episodes and listen to all the recent shows the band has been playing). Harvey and Jeff do a quick update and discuss some first thoughts (and hot takes) on the band's Halloween run in Vegas.

Then Harvey is joined by good friend of the pod, Ted Rockwell, to discuss one of the classic runs of the band's history, the 14 shows in 14 days in 13 cities through the West in October/November 1993. Ted gives some great insight, as always, on this run and we include some pretty fantastic playing. As always, Ted and Harvey go really long, so we split this into two parts. Expect part two soon!

Hope everyone had a spooky Halloween, ya freaks!