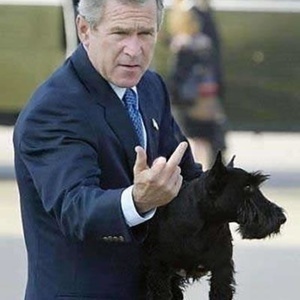 We Gotta Go, Thank You Very Much!

No matter the version of Panic, we have ALL been there. A killer setlist, badass playing, and a great post-drums just leaving you wanting more. You even stay standing and clap for the band to come back for the encore - that’s how excited you are. The band comes back, the crowd pops, the energy is high, and...and...and...Nobody’s Loss? Why the hell didn’t they just hit the lights, play “Wonderful World,” and send us all home? Yep, that’s right, we finally dive into the wonder that is the “flip the bird” encore, a term coined by Harvey that identifies a single song encore that tends to be a bit lacking either in performance, duration, or song selection. This week’s picks reflect include some excellent examples of post-drums from 1996, 1998, and 2000, followed up by even better examples of a band either up against a curfew or one that’s so worn out, they just want to get back on the bus and watch some “The Andy Griffith Show” reruns. We think we picked four winners this week, so please enjoy and continue to spread wide the Bluest Tape vision to all your friends and colleagues!