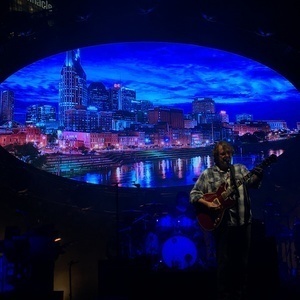 Fear and Loathing in Nashvegas

So, here we are, 71 episodes in and, finally, Harvey and Jeff have seen Panic 3.1. We have complained, we have criticized, we have rationalized, and we have waxed poetic about the distant past, but in this episode, we finally come clean: we cool with Panic 3.1. The last three night run in Nashville was a good one and Harvey has a full recap from the second night and from the Sam Holt Band show on Friday night, too. Some good stuff for you this week - some great stuff from Saturday night, including a massive “Drums > Barstools” second set opener, and the weekend closer, a great “Low Spark” and “Puppy Sleeps” encore. Enjoy!