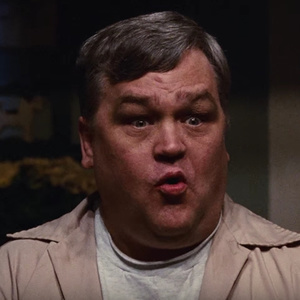 In the early morning hours of May 2, 2017, this world lost - but another world gained - the great Col. Bruce Hampton (ret.) after collapsing during the tribute concert for his 70th birthday at the Fox Theatre in Atlanta. From the Hampton Grease Band to the Aquarium Rescue Unit and all points beyond, Hampton’s influence on the jamband scene and Southern music in general is without parallel. Widespread Panic, Phish, Derek Trucks, and Jimmy Herring have all fallen under the Hampton’s tutelage at one time or another over the last 30 years. In this special episode, we highlight passages from five shows where Hampton sat in with Panic, beginning in December 1990 and wrapping up at Halloween 2001 in New Orleans. We are also joined by Geoff Hanson, Producer and Director of The Earth Will Swallow You and Widespread Panic: Live at Oak Mountain, to get his thoughts on Col. Bruce.

Our thoughts are with his family and friends, yet despite our sadness, we find it fitting that the good Colonel, on his own terms, went out playing music with his friends, concluding a remarkable 40-plus year career.

Links of shows go to streams from Panicstream.