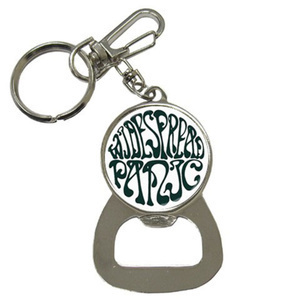 We have all had that moment at a Widespread Panic - when the lights come down, the crowd noise goes up, and in your head, your mind is spinning with the thought of “What are the boys gonna kick it off with tonight?” Sometimes, the band will start it off nice and slow and ease the crowd into the night; other times, they will just smack you in the face with a 2 x 4’ and you are just along for the ride at that point. This week, we look at four shows with ‘random’ openers, featuring songs that ended up in the first slot only a handful of times, or just once. We start way back in 1987 with the only “Feelin’ Alright” opener, and then jump ahead to the 1990s with strong - and rare - showings from Paolo Soleri in New Mexico (1996) and the American Theater in STL (1999). Closing it out this week is probably one of top “HOLY S&%T” moments in the band’s history, the historic “Sweet Leaf” opener from the first night of NOLAWeen 2000. Good thing the UNO Lakefront Arena is well constructed because we both thought the damn roof was gonna come off!