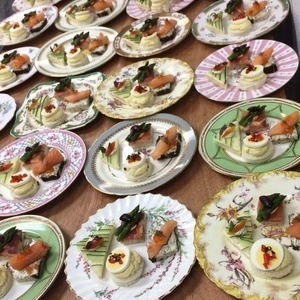 We've done a lot of celebrating the 20th anniversary of things recently: the historic 10 night Paris run; the release of Panic's first official live album, Light Fuse Get Away; and the record-breaking Panic in the Streets. So it only makes sense that we move on to the 20th anniversary of Panic's big summer tour in 1998, the "Travelin' Light" Tour - Panic's first summer tour headlining sheds across this great country! So instead of giving the traditional 20th anniversary gift of china to our dear listeners, what do you think the boys from Bluest Tape give here in episode 60? Sandwiches.

We first touched on Panic's sandwich artistry way back in episode 25. But as Jeff dug through the first run of shows of the Summer 98 tour, he was struck by the frequency and uniqueness (is that a word?) of the sandwiches. So we return to make a second run at the topic. This week we check out some great stuff from the first couple weeks of that tour in Southern California, the Pacific Northwest, and the Great Potato State...

Bonus points for anyone who can count the various punctuation marks used in this week's show notes.