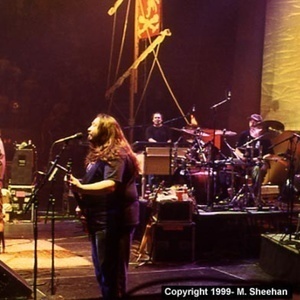 The Return of the Alyrical Miracles

Hard to believe that it has been almost a year since we dropped our first episode highlighting Widespread Panic’s vast catalog of instrumentals. We run it back this week by revisiting a few of our favorite shows (6/7/98 and 10/27/00), visit a smoker from fall 1996 (of which there are many), a wildly underrated show from 1999, and post-Halloween gem from 2000. Just one week after we launch into Panic 3.0, we jump back to 2005 and visit Panic 2.0 for the first time for a cover of “Last Date,” the monster 1960 pop hit by Floyd Cramer. Welcome to The Bluest Tape, George McConnell - we’ll see you again soon!