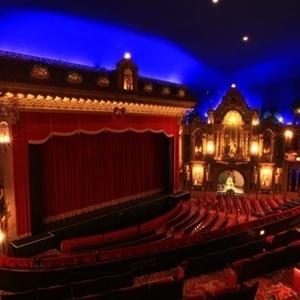 Giving the Gift of Panic Instead of Furniture

Jeff and Harvey Celebrate The Big #17

November 21. We don’t know what it means to you all, but for Jeff and Harvey, it means the beginning of a friendship that has carried them through nearly three dozen episodes of The Bluest Tape. We had traded tapes for a while, but never met face-to-face until a pre-show beer on 11/21/00. 17 years - did you know that furniture is the preferred gift for the 17th wedding anniversary? Random, right? Anyway, this week, we reminisce about that great Louisville show, talk about the genius of Carlton Smith, and highlight two other excellent Panic shows that took place on November 21. We touch on Fall 1999 with a jaunt up to New Haven, CT for a slightly reggae version of “Holden Oversoul,” and then on down to New York for a strong 1998 show at Roseland Ballroom. The band put their new sound system through the mill that night, with a scorching “Papa’s Home” and a super rare split “Love Tractor.” We close it out with 11/21/00 Louisville - enjoy and Happy Thanksgiving everyone!