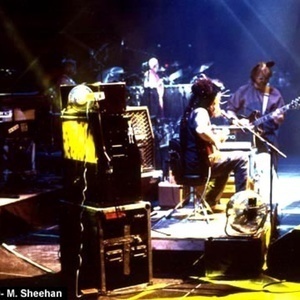 Happy Halloween Ya Bunch of Freaks!

As you might imagine, it’s pretty hard to pass up doing a Halloween-themed podcast when the podcast drops on Halloween, so no tricks here - we’re delivering what you, the listening public, wants. Though, instead of placing a bucket of bustouts above your door and dumping it in on you when come by for Whoppers and Oh Henry bars, we go in a different direction by playing some of favorite regular rotation songs from Halloweens past. Things get started with a holiday-appropriate Heaven > Me & the Devil from 1993, pass through Athens 1995 and Chicago 1996, and then land in New Orleans for some fantastic NOLAWeen Panic from 1997-1999. We close it out with one of our favorites, that super sneaky post-drums Galleon from the epic 2000 run. Happy Halloween!