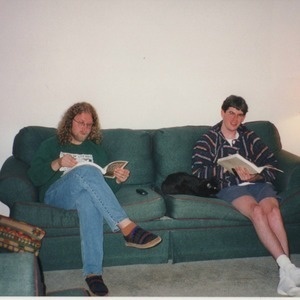 We are back with the second part of our conversation with Everyday Companion founder and true friend of the podcast, Ted Rockwell. We start the music with a clip from Ted’s very first Panic show, 7/22/92 at the Park West in Chicago. This is an absolutely sublime version of “Stop-Go,” one that really shows how much the band had progressed from those final five man shows early that same year. Next, we jump ahead to 1998 for the final show from the band’s first European Tour. Ted has picked another gem, a lengthy, adventurous “Diner” played with great intention before a small, but welcoming, British crowd. We wrap with some a couple of non-Panic highlights from the 2007 JB & Friends show at the House of Blues in Orlando, and a great track from Dave Schools’ side project, Acetate. Many thanks to Ted for sitting in for the last two weeks - hope to have you back again very soon!