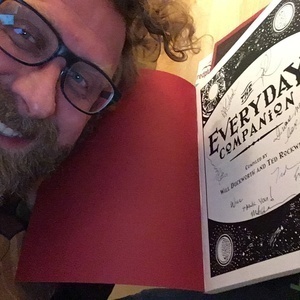 This week, we welcome another special guest into the mix - founder of the Widespread Panic setlist database, Everyday Companion, Ted Rockwell. Ted has been following Panic since 1992, and has been an instrumental behind the scenes player in helping elevate the band in online circles for two decades. He and Will Duckworth put it up online back in 1995, and soon thereafter, published the first print copy of the Companion in 1996. It is hard to imagine to the Panic community without him! Ted made some great picks from throughout the band’s history, starting way back in 1988 in Atlanta, then a 1990 show from Murfreesboro, and closing it out with one of the last five-man band shows, the infamous Auburn University show from February 1992. It’s a pretty good journey this week, and we think that you’ll enjoy this trip into the wayback machine.