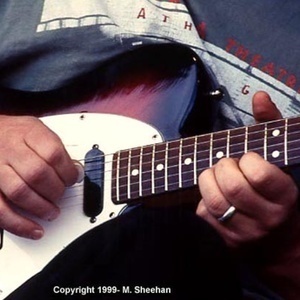 It is truly hard to believe, but on August 10, 2017, it will have been fifteen years since Michael Houser succumbed to cancer. Obviously, Widespread Panic has carried on, and Houser’s memory and music will live on indefinitely, but it is good to pause, honor his legacy, and play some of our favorite cuts from the band’s classic era. This week, Harvey makes his picks, featuring cuts from three shows he attended from 1995-97. We get things started with a demo version of “Pilgrims” with Houser on vocals, followed by an extended selection from the ultimate sleeper show, November 2, 1996 in Columbus, Ohio. Pay special attention to the monstrous version of “Pigeons.” Next, we take a step back to fall 1995, with three songs from a Lexington, Kentucky show at a horse racing track. Lastly, we end up in Harvey’s hometown of New Orleans for Halloween 1997, the first - and dare we say, best - NOLAWeen show at the Lakefront Arena. We just need one word to describe this show: DINER. This one’s for you, Mikey - thank you for everything!