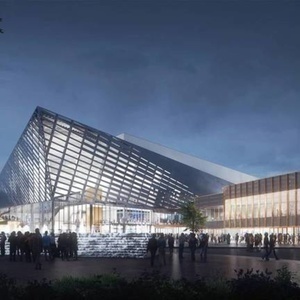 The Natty Is Set

My God, have we FINALLY reached The Natty? By God, we have! It is set. A consensus #1, all time show in 4/3/96 Huntsville, AL vs. the “People’s Champ,” 10/28/00 New Orleans, LA. A sensational standalone show on a sleepy Wednesday night in “The Rocket City” vs. a get-down Saturday night on Halloween weekend in “The Crescent City.” This matchup is really like choosing between your two kids (Harvey and I both have two boys - some days it is easier to choose one you like, though) and will force you, the voting public, to make a tough decision. Other than that, it’s another Bluest Tape, talking domestic bliss, college sports, old TV, and Harvey again berates Jeff for not yet watching “Hamilton.” Oh, and we threw in a killer clip from Summer 99 - I say “HAT-FIELD!”